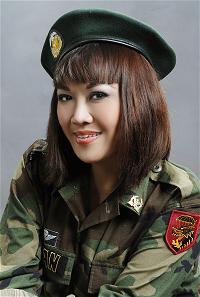 18/04/20171:59 SA(Xem: 6568)
When introduced to her, my colleague Sam Wells told Mai Loan that she is even more beautiful in person than in her pictures.  Mai Loan is elegant, articulate, charming, dynamic, and diplomatic.

She spent her childhood in Nha Trang, a coastal city in South Vietnam.  Her father graduated from the elite Vietnamese National Military in Da Lat – a popular tourist destination.  People appreciate the temperate climate there and beautiful sights such as waterfalls, lakes, and its abundance of flowers as well as vegetables.

Many of her relatives were in the Army of the Republic of Vietnam prior to April 30, 1975.  They were in different branches:  Navy, Air Force, Infantry, Airborne, Special Forces, Artillery…

When Mai Loan was young, her father taught at Dong De School (1963-1970).  During this period, she was a little friend of soldiers being trained there.  Everyone loved the kid with a cheerful smile.  They usually hugged, kissed and bought candies for her.

Mai Loan never forgets these remarkable events imprinting deeply in her consciousness.  Time went by, the trainees became soldiers and joined the battles.  Many returned with medals for bravery in combat.  Some were wounded.  Shocked, tears rolled down her cheeks, she asked and listened attentively to the answers.

Mai Loan and her family left by sea when the Communists took over South Vietnam on April 30, 1975.  She was 16 years old.  An American ship rescued Mai Loan and her family from the tiny Nguyen Hung boat.  Their first stop was Subic Bay, Guam and then Camp Pendleton, California.  A Catholic Church in Sunnyvale had sponsored her family and they have settled there ever since.  (The California Department of Finance publications notes that in 2007 the City’s population is estimated to be 135,721.)

In 1996 Mai Loan’s interest and talent in music and singing were discoverd by Master Thanh Lap.  In 2000-2004, Mai Loan and Thanh Lap organized “subjective music” broadcasts each Wednesday night in San Jose on 96.1 VNFM.  She has gained love and admiration from fans all over the world.

“It seems that my life has a karma with soldiers,”  She says softly.  “I need to show our gratitude with soldiers, to glorify the brave history pages, and bear our pain for Vietnam.”

I have all of her 9 CDs.  Her voice is the combination of top singers in the Vietnamese music industry:  Thai Thanh, Khanh Ly, Le Thu, Thanh Thuy, Thanh My, Hoang Oanh, Mai Ngoc Khanh, Minh Hieu, and Thanh Tuyen.

Two of the CDs are narrations of the final battles.  I listen to all of the CDs from the beginning to the end many times.  When my wife and I were in the car, she usually sang together with Mai Loan happily.

Mai Loan’s dimples are very deep.  In my life, I never saw “deeper” dimples than that.  I asked her if they are natural.  She smiled broadly and the dimples got deeper.  Mai Loan told me that many people had asked her the same question.  “They are all natural.  I guarantee you, Mr. Doanh, no surgery,” she gently confirmed. 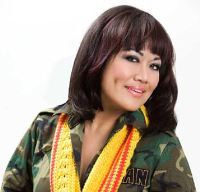 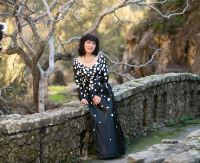 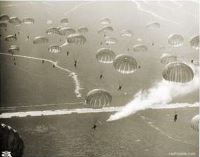